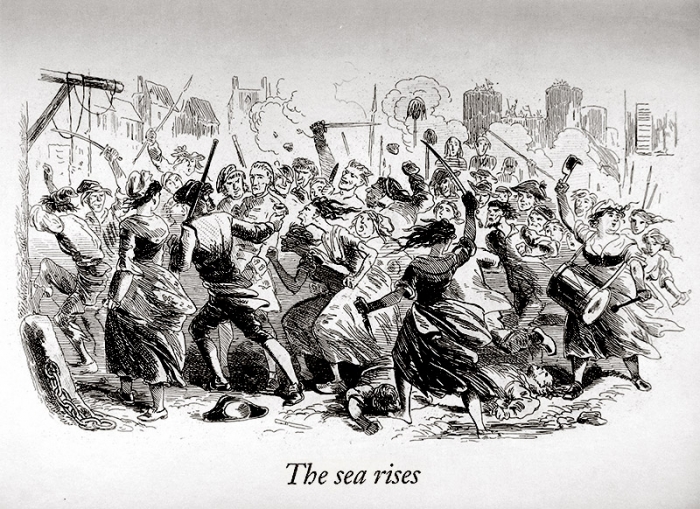 "When Mr. Lorry had finished his breakfast, he went out for a stroll on the beach. The little narrow, crooked town of Dover hid itself away from the beach, and ran its head into the chalk cliffs, like a marine ostrich. The beach was a desert of heaps of sea and stones tumbling wildly about, and the sea did what it liked, and what it liked was destruction. It thundered at the town, and thundered at the cliffs, and brought the coast down, madly. The air among the houses was of so strong a piscatory flavour that one might have supposed sick fish went up to be dipped in it, as sick people went down to be dipped in the sea. A little fishing was done in the port, and a quantity of strolling about by night, and looking seaward: particularly at those times when the tide made, and was near flood." –C. Dickens