Brian Hubble distances himself from the sciences and most objective reasoning, despite being a relative of Edwin Hubble, the cosmologist and astronomer. A benign conspiracist, Brian tempts the viewers with the unknown – occasionally stoking the flames of mild hysteria and heartburn. The artwork as sign or metaphor abuts the metonymy of the actual material objects. He upsets the applecart of art and language. A degree of suspicion and mistrust is integral to engaging with his ideas and motives. We are held hostage – under pressure we inadvertently construct false narratives for his dubious characters.

Albert Einstein visited a boarding school in England and wandered by accident into the boys’ locker room. He silently observed the foul-smelling football garments strewn across the hooks and remarked, “Now I understand: the spirits of the departed pass over into the trousers of the living.” Duchamp proposed the idea of the “infra-mince” – the heat left by someone on a seat, the space between the material and the immaterial, or merely the feeling of presence and absence. Einstein’s statement is enchanting because it suggests an arena of moving spirits beyond the immediate phenomenological experience.

Hubble and I are fond of the unregulated economies of New York – any number of industries and craftsmen can be maneuvered into the intrigue of art making. Unlike the internet or the industrial parks of other cities, New York is a medieval economy. We bargain and cajole deals on the street. Hubble has a couple of dollies, and of course his well-worn Chevy S10 pick-up, to cart everything away.

Brian's exhibition configured itself in an unusual way at Fastnet. Perhaps it is a vigil for the rhetoric of hope [how misguided!] and qualified idealism of yesteryear [bring in the focus groups!]. There is quiet isolation, a certain futility in the enterprise of Brian’s work that makes the finish or patina of the drawings shimmer in the sooty Red Hook light. Hubble’s work has become beautiful. He operates like a fisherman off Crookhaven, in rural Cork Ireland, just within the glow of the Fastnet Lighthouse. And why do anything else these days? Better to do business on the high seas than drown in a puddle in town.

Brian Hubble lives and works in Brooklyn, New York.  Recent exhibitions include MOCA in Los Angeles, and Less is More Projects in Paris and Brussels. Hubble completed his MFA at The School of the Art Institute of Chicago, where he was the recipient of the William Merchant R. French Fellowship. 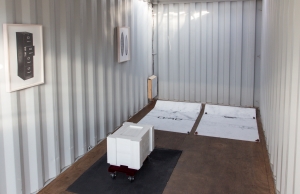 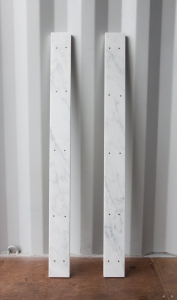 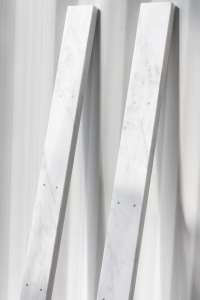 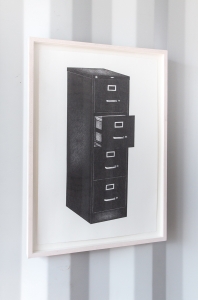 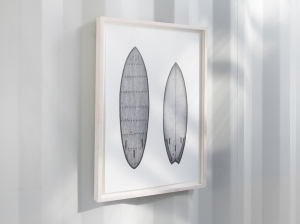 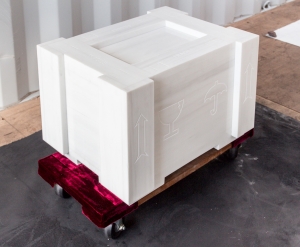 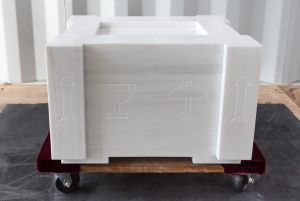 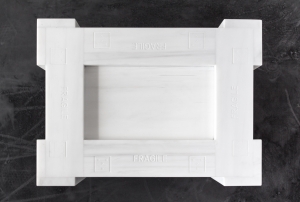 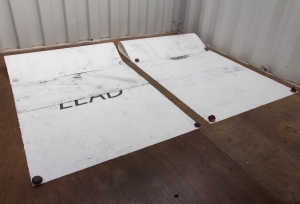 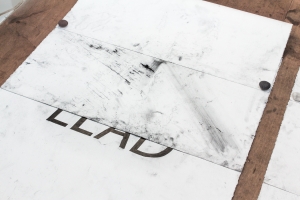 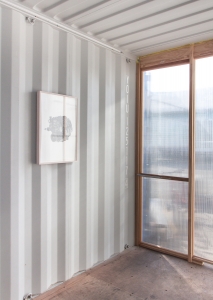 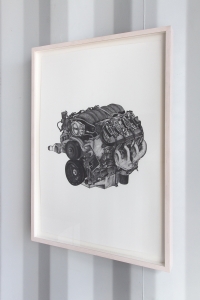 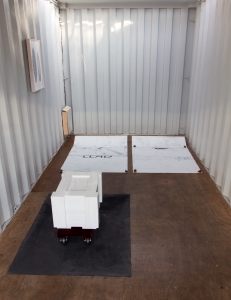 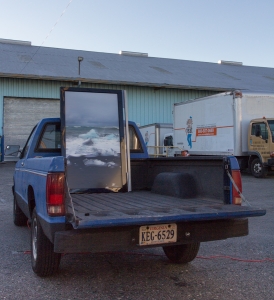 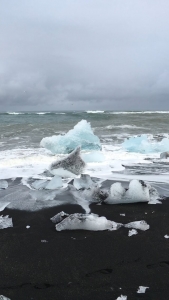 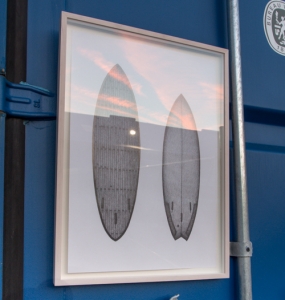